Managed to sneak into the post-match conference after DPMM drew 1-1 with Tampines Rovers at the Jalan Besar Stadium and heard what DPMM coach Vjeran Simunic had to say. 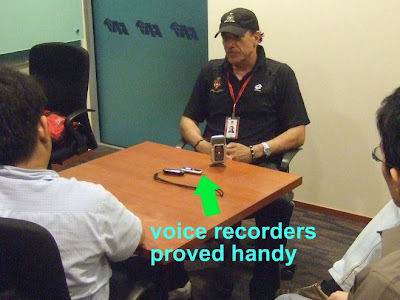 "Am I right to say that you mentioned earlier you cant played your best 11 because of the rules and regulations?" as I fired my first question. 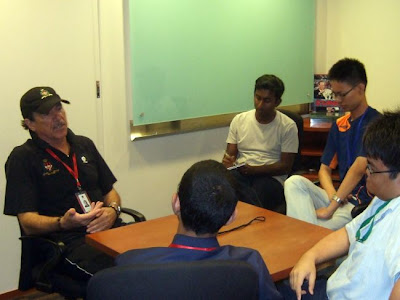 "You said you said you know all teams (in the S.League) very well, so were you disappointed you can't beat Tampines?" I asked my second question

"You should know Sutee (Suksomkit) is capable of scoring from that range, so you must disappointed that your team conceded that free-kick?" I added on 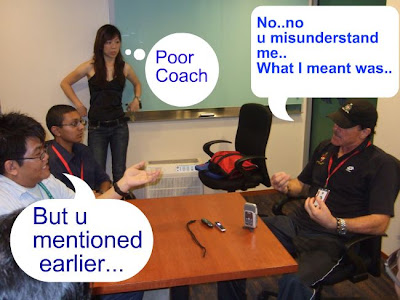 "I actually prepared (to see) my team to lose because Tampines are good team and the (difficulties of) playing (on the artificial) surface as we preferred natural grass" said coach Simunic.

"But for Sutee, that free-kick (the equalizer) was like a spot-kick to him and he is a very good player, good enough to play in Europe" added the Croatian coach.

Afterthoughts: Coach Vjeran Simunic is certainly the most colourful coach we seen since Steve Darby, more for his antics at the touchlines and his colorful language he used during the pressies... hehehe