With the ongoing campaigning to the running up to the General Elections, it's inevitable to see various S.League stadiums being selected as venues for the contesting parties to hold their mass rallies.

According to sleague.com, the selected stadiums are Bedok, Bishan, Choa Chu Kang, Clementi, Jurong East (pictured below, courtesy of Albirex Niigata[S]), Jurong West, Tampines, Toa Payoh and Woodlands Stadiums, while two stadiums (Hougang and Queenstown) were also named as the "reserve" venues by the police.

As the results, a number of clubs found themselves in a limbo for without a pitch to play and train for their upcoming matches with the league authority having to reschedule and relocation a few of the matches to the Jalan Besar Stadium.

But the grave concern of many would be the backlogging of the fixtures, which is something not unusual to the league, as in the past had many left in dismay when some of the matches were rescheduled by bringing forward or pushing backward causing unnecessary fatigue or lagging to some teams' performance. 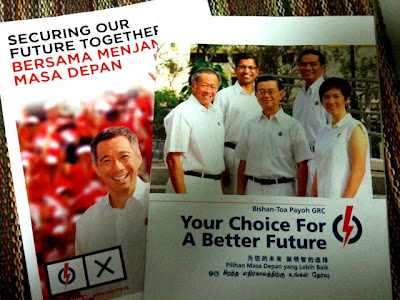 However, as the nation goes to poll on the 7th of May to decide the fate of the country, we shouldn't pin the blame on the league authority, although the tricky part would be the rearranging those matches that were being postponed due to the lack of grounds to avoid those scheduling nightmare in the past.

Remember, the national team is due to assemble soon for the World Cup Qualifiers, the upcoming Lions City Cup would see Jalan Besar not available during June, the League Cup, the Singapore Cup and the SEA Games in Palembang in November.... OMG!!

Here are the matches being postponed and relocated due to the elections: